The Triple Aim, Well Two Out of Three… Really is Bad

One of the Triple Aim‘s has gotten lost. Will anyone in the healthcare sector publicly declare that they are in fact working on the Double Aim?

The Triple Aim, that lofty set of goals that the healthcare system claims to have embraced:

I agree with them and believe they are appropriate and necessary.

I had a fascinating interview with David Nash, MD, Founding Dean of the College of Population Health at Jefferson. Our discussion included everything from Patient Centered 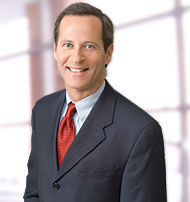 Medical Homes (PCMH), Accountable Care Organizations (ACOs), medical errors and unnecessary services, to value based care and of course population health.  As David said, perhaps its time for Doctors to “Look in the Mirror.”

There is so much going on in healthcare with the recent Amazon, Berkshire Hathaway and JP Morgan announcement to the CVS purchase of Aetna, all roiling the healthcare market. So what does it mean and where might we go for solutions?

Ten Ideas That Could Fix Healthcare

I’ve written a fair amount over the years about what is wrong with the American Health Care System from ethics to pricing, structure, incentives etc.  So, what needs to be done to fix it? In the end, is there a better way? Listed below are some of the ideas that I think would have a profound impact on lowering costs and improving quality.  None are new, but taken together they could be very powerful:

So why would you get more efficient?  In healthcare, the question is, why as a health plan would you want to improve the health of your members and seek to prevent illness, thereby reducing the 85% you paid for their medical care; ultimately reducing the 15% for other expenses and profit?  Current health plans want to get 15% of an ever-growing number, they want 15% of $10,500 the next year and on and on. This was a fundamental flaw in the ACA. I understand it was to ensure that health plans do not make money by denying services, but there is an upper and lower range to most quality measures not a fixed point and the same goes for healthcare services. Health Plans or those accepting the risk should have a range that their MLR must fall in and/or some way to benefit when they can show that their efforts improved the health of their members and thereby reduced costs.

Well at least they were honest (in front of a friendly audience). Going back to number one, if they have a fixed price (capitation) for the person or population, they’ll figure out once and for all that the hospital is a cost center and reducing beds, not building more, while allowing services to occur through the lowest cost point in their network is the key to profitability. And yes, maybe constructing less gorgeous and elaborate facilities might lower costs as well. Here’s another classic hospital aggregation approach to increase costs, acquire the oncology doctors and then stop providing infusion services in the clinic. Why?  Because hospitals can charge 2-4 times as much when the infusion is completed in a hospital outpatient or inpatient facility versus the doctor’s office.

We need to look at issues like Hep C from the patient side. Because of the high costs of the drugs in the United States, there are hundreds of thousands of people who are not getting access to the treatment. Is that good?

We must invest more in the areas that impact health like community, safety, schools, parks, access to housing and food, but, and it’s an important but, we have to hold the organizations that we fund accountable, too many of them exist to exist and offer limited value. Much of this funding could come from savings in healthcare costs. Together can create healthy communities for all our community members.

These ten ideas are but a start and I am certain that there are many other good and viable ideas for fixing our healthcare system. It’s time we got serious and began implementing more of them.

What are your thoughts and ideas?