Walmart announced this past year that they were modifying their Centers of Excellence (COE) program and requiring employees to travel to one of their eight approved COEs for Spine Surgery. That raised a lot of eyebrows and interest among other self-insured employers, benefits consultants and of course the healthcare system itself. Walmart did this after finding that perhaps 40 percent of those referred to a COE after having a recommendation for surgery by their local physicians, were not recommended for surgery by the COE.

There are 650,000 to 700,000 spine surgeries performed per year, with around 280,000 to 300,000 being done in an outpatient setting and (https://www.beckersasc.com/outpatient-spine/10-things-to-know-about-spine-surgery-in-ascs.html) spine surgery is the most highly reimbursed subspecialty within orthopedics. (https://www.beckersspine.com/lists-and-statistics/item/739-11-statistics-and-facts-about-orthopedics-and-orthopedic-practices).

Amazingly, 90% of Americans live within 10 miles of a Walmart and they employ about 1.5 million people in the United States (https://corporate.walmart.com/newsroom/company-facts). Think about that! I would assume that somewhere close to 90% of the spine surgeons also live within 10 miles of those Walmart’s’, many of whom Walmart has deemed were potentially doing unnecessary surgeries on 40% of the employees they referred to the COEs with spine issues. BTW the hospitals I’m sure were doing well by these referrals too.Becker’s said they did this to save money (https://www.beckershospitalreview.com/finance/walmart-will-require-workers-to-travel-for-surgery-in-effort-to-cut-healthcare-costs.html), not mentioning that 40% of the cases were reviewed by the COE and determined to not need the surgery that had been recommended by the local doctor, sure that saved money, but what about quality of life for the patients, and quality in general . Should they just go ahead and let those surgeries be done?

Here are some other outcomes as reported by Beckers Spine Review

1. About 2,300 employees — around half of the Walmart employees who underwent spine surgery or evaluation without surgery from 2015 to 2018 — utilized a center of excellence. During that time, 46 percent of patients underwent surgery and 54 percent received other forms of treatment.

3. Over the past three years, the readmission rate per 1,000 patients in the program was three for COE patients, compared to 65 for non-COE patients.

4. On average, patients who received care at a center of excellence returned to work after 10.6 weeks, which was 2.6 weeks sooner than the non-COE patients.

5. Cost for care was 8 percent higher at the center of excellence — $32,177 on average — compared to $29,770 at the non-COE, but the lower readmission rates, earlier discharge and lower skilled nursing facility use was a “payoff” of the COE model.

So now getting back to something I have seen little attention paid to, what does that say about the state of spine surgery around the United States? Its not as if Walmart has a little footprint around the country.

On this episode of PopHealth Week our guest was Rita Numeroff, PhD of Numeroff and Associates.  We discussed some of the findings from their survey, The State of Population Health: Fourth Annual Numeroff Survey Report; which was released at this  years Population Health Colloquium. Dr. Numeroff had some fascinating insights regarding the slowing down of the move to value-based care and some of the reasons for this.

Her dedication, leadership, and passion have guided Numerof into its third decade of continuous growth and success.

From the firm’s inception, Rita has focused on developing new business models for 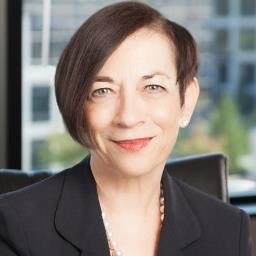 Gregg and I had an interesting discussion on this week’s episode of PopHealth Week. We covered the Annual Medicare Wellness Visit and how it came to be, as well as value based care and some interesting moves by employers (Walmart and the Utah State Employee Health Plan) and providers (Oschner and their ACO).  Listen in:

This week’s episode of PopHealth Week had a broad ranging and fascinating interview with Anthony Slonim, MD the President and CEO of Renown Health. We cover their community efforts, ACO, the Healthy Nevada Genetic Testing initiative which already has 35,000 people enrolled, value based care and other topics.

delivery models focused on improving health within the community. He is board-certified in Internal Medicine, Pediatrics, Internal Medicine Critical Care and Pediatric Critical Care and is an academic leader with faculty appointments as Clinical Professor in the Departments of Internal Medicine and Pediatrics at the University of Nevada, Reno School of Medicine. He also holds a master’s degree and a doctorate in Administrative Medicine and Health Policy from George Washington University Center for Health Policy Studies and has more than 100 publications and 15 textbooks to his name.

Since joining Renown Health in July 2014, Dr. Slonim has reoriented northern Nevada’s largest locally governed, not-for-profit healthcare network. He launched a five-year strategic plan that is focused on the community’s overall health while embracing the national triple aim initiatives of improving quality care and patient satisfaction — all while reducing costs. Dr. Slonim also ushered in a new era of national collaboration to establish a medical training campus at Renown and expanded the region’s quaternary care services in collaboration with Stanford Medicine.”

Dr. Slonim is an innovator and proven leader in healthcare at both the regional and 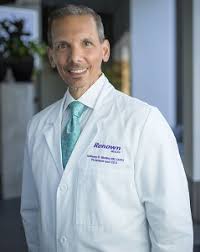 national levels. During his notable career, Dr. Slonim has developed a profile as an expert in patient safety, accountable care, healthcare quality and innovative care

Where is the Elon Musk of Healthcare?

In April of this year I presented at the University of Mississippi Center , School of

Population Health. A description of that presentation is on LinkedIn:

SpaceX, Moonshots and Diabetes in Mississippi